Petroleum exploration in Belize began in the 1930’s. Oil exploration licenses were granted to the large oil companies such as Shell, Esso, Texaco, Gulf Oil, Anschutz and Chevron as well as smaller companies such as Occidental Petroleum and Phillips Petroleum and small independent oil companies to explore for petroleum in both the onshore and offshore areas of Belize. Many two dimensional seismic surveys were conducted which acquired thousands of line kilometers of seismic data and most of the surveys were done in the offshore waters of Belize. The first exploration well that was drilled in Belize was the Yalbac #1 well located in the Yalbac Hills in the Cayo District which was drilled by Gulf Oil in 1956. Up to 2000, a total of 50 exploration wells were drilled, 34 onshore and 16 offshore. No commercial discovery was made in any of these wells but some had minor oil shows. The Eagle #1 well drilled in 1984 in Belmopan came closest which recovered approximately 3 barrels of light crude oil when it was production tested, but did not prove commercial. The last wells drilled during this exploration period were the Gladden #1 well drilled by the Dover Consortium in the Glovers Reef area and the Noh Mol #1 well drilled by Spartan Petroleum in the Consejo Shores area in Corozal, which were both completed in 1997.

In 2000 an oil seep was discovered at 130 feet in a water well drilled at Calla Creek in the Cayo District. This sparked new interest in Belize and this resulted in the granting of an exploration license to Belize Natural Energy Ltd. (BNE) which made the first commercial discovery of petroleum in July 2005 in Spanish Lookout in the Mike Usher #1 well. The oil discovered in Spanish Lookout is a light crude oil with an API gravity of 40°. This discovery was developed by BNE into the Spanish Lookout Oilfield which is currently producing an average of 900 barrels of oil per day. BNE later made another commercial discovery in October 2008 in the Never Delay area in the Never Delay #1 well. This crude oil is also similar in density to the Spanish Lookout crude oil. This discovery was also developed by BNE into the Never Delay Oilfield and is currently producing an average of 25 barrels of oil per day . The Spanish Lookout and Never Delay crude oils are trucked from the oilfields to BNE’s export facility in Big Creek and is sold to Shell Trading. BNE is the only producer of crude oil in Belize.

There are currently 2 companies which hold exploration licenses in Belize and are carrying out exploration works in the continuous search for commercial petroleum. The Belize Petroleum Contracts Map shows these companies and their license areas. 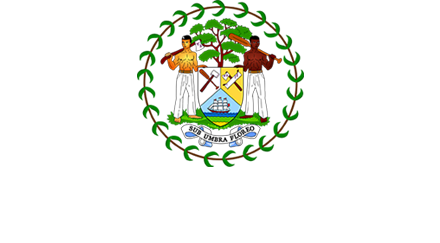