The Never Delay and Spanish Lookout Oilfields are the only commercial oilfields discovered so far in Belize. Belize Natural Energy Ltd. (BNE) discovered both oilfields and is the company currently producing them. The oilfields are located in central western Belize in the Cayo District, shown in yellow in the map below.

Production is measured by BNE personnel and certified by the Petroleum Technicians of the Geology and Petroleum Department who supervise and monitor production, transportation and sales operations at each field and the international export facility. A daily production report is produced for each field by BNE and is submitted to the Department. Crude oil transportation and sales reports are also produced by BNE and submitted to the Department. 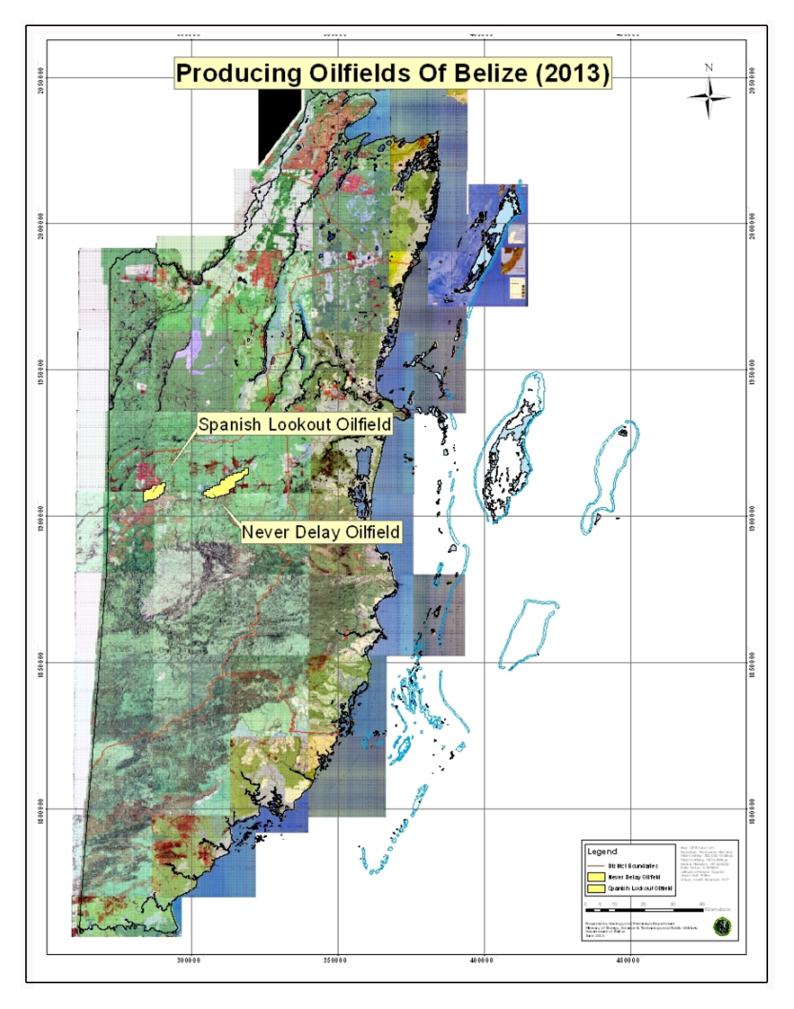